Maydencroft Manor herd is a success story, having put heart and soul into preserving the pure breed
John Torode, Chef 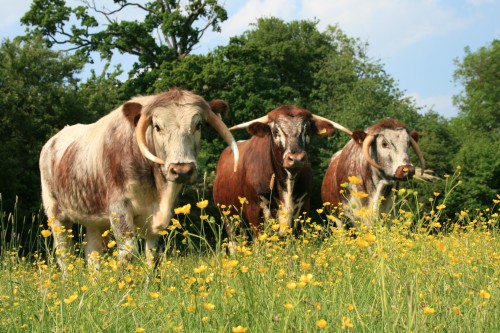 Our herd was established in 1984 by Robert and Frances Williams. Seeing these beautiful, gentle beasts as a boy instilled a love of the breed in Robert, who helped re-establish English Longhorns and pioneered them for Conservation Grazing.

Today we, husband and wife Tom and Victoria Williams, are proud to have picked up the mantle, and now have a herd of 200 Longhorns throughout Hertfordshire and the surrounding counties. We graze our own pasture and on behalf of clients who recognise the breed’s great strength in promoting diversity of wildlife - our cattle have even been grazing in Holland Park, London.

The herd acquired celebrity status following their appearance on primetime TV, when John Torode visited the farm and showcased the Maydencroft Longhorn herd as part of the BBC’s Great British Food Revival series. Harry Hill then made a feature on the show in his TV programme including a life size model of one of the cows! 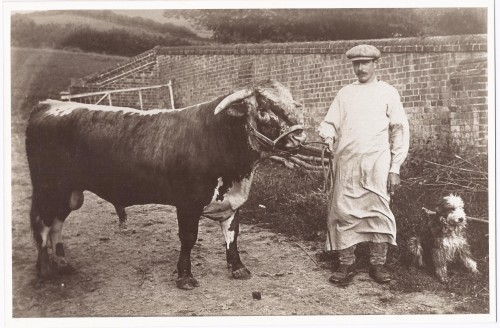 English Longhorns are an historic breed dating back as far as the 1600's, possibly the oldest recorded British breed, they were big enough to be draught oxen, with rich milk and superlative beef. They are large, beautifully coloured brindled animals with sweeping long horns. They are renowned for their calm temperament and are gentle-natured.

At the start of the 1980’s there were fewer than 200 breeding Longhorn in the world making this historic English breed a rare sight. But thanks to dedication from farmers who believed in heritage native breeds, English Longhorn are now found throughout the British Isles

As a heritage breed they are less fussy about what they eat than modern commercial breeds. With their varied diet Longhorn are excellent for conservation grazing on natural grassland, unimproved with chemical fertilisers. They keep scrub and weeds under control allowing a rich variety of plant life to thrive.

Buying our beef supports the survival of native breeds.

Take a look at our English Longhorn seasonal boxes.

This site uses cookiesUsing this website means you're ok with this. Read more